The Spectrum Analyzer Software was designed to analyze .raw files to provide complete information about the spectra. The collected data is output in a .txt file (comma separated values), which can easily be loaded into calculation software, such as Excel or R, where it can be further processed. For each input .raw file an output file with the name [.raw file name]-analysis.txt is created.

Spectrum Analyzer was invented and coded by Frederico Duisberger and inspired by various MassSpec group members.

The following data is collected: 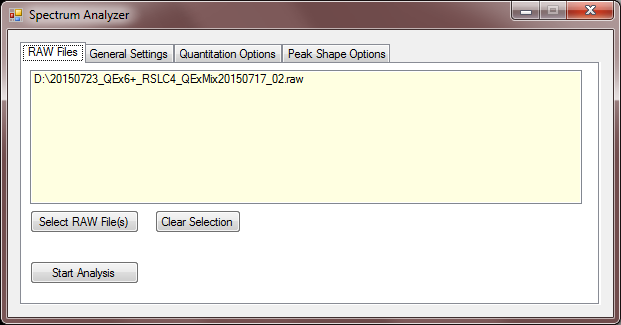 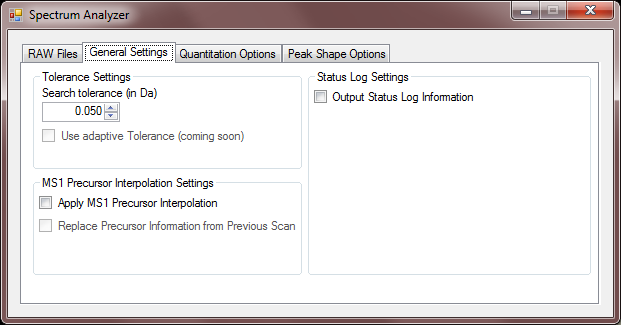 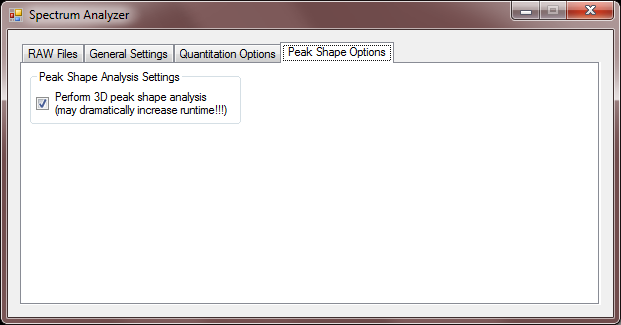